In this promising New Ofek license, we can find both GOE’s exploration targets.

Permian; In the 1990’s, after drilling of David 1 well, a few kilometers south of the Ben-Gurion Airport, it became to be a known fact that hydrocarbon bearing deep-lying Triassic and Permian formations exists in this area.

Unfortunately, David 1, which was drilled by a previous operator, had challenging wellbore geometry and casing design which prevented, in return, to perform any production tests.

by GOE to a total depth of 5,950m as a re-entry and a side track along David 1 well and is currently the northernmost exploration well in Israel ever penetrated successfully all the way down the Upper Permian Formations.

The outcome included strong hydrocarbons indications by gas detectors and electric logs both in the Permian and the Triassic formations.

Limited Permian open hole test that were carried out under pressure of time in limited budget  and with severe technical constraints, couldn’t be concluded nor conclusive. 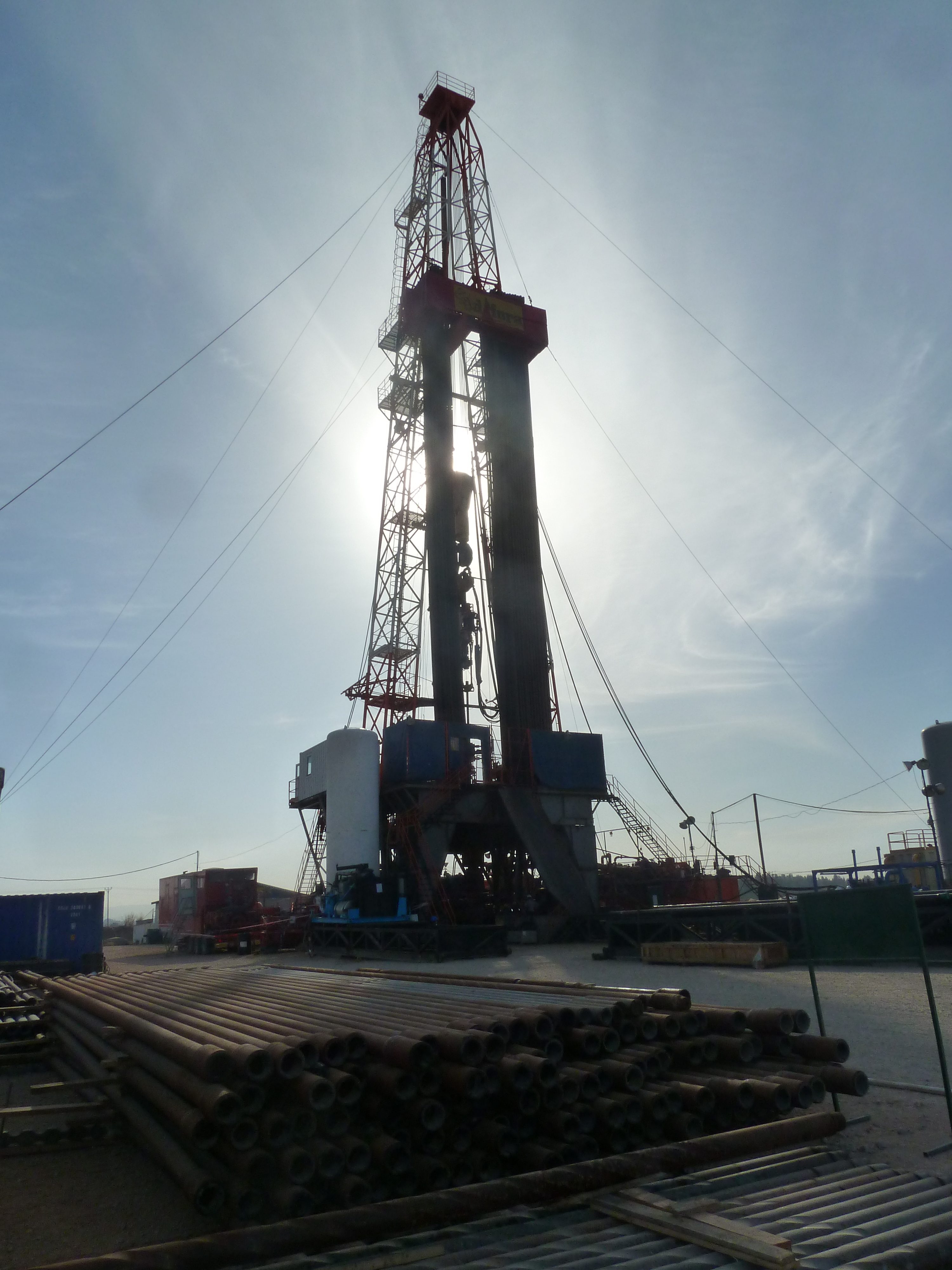 Ofek-2ST during drilling and getting to target Depth

The Ofek2ST well needs to go through conclusive production tests using acid frac’ stimulation in both prospective zones. Considering the nature of the reservoir rock, GOE’s experts are looking forward to revealing the promising immense potential. 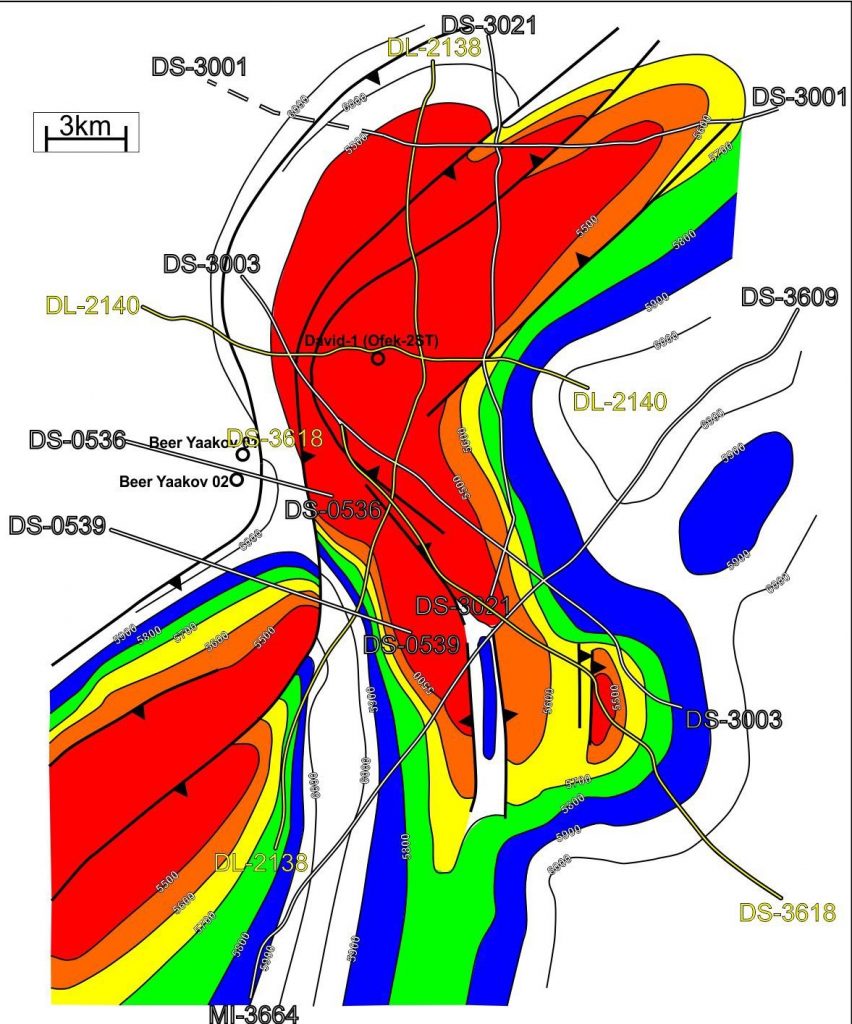 The figure shows the influence of Mid Triassic, Late Jurassic and then post-Turonian strong compressive left lateral shear immediately west and south of Ofek-2ST. This would have the effect of increasing the prospectivity of the New Ofek license.